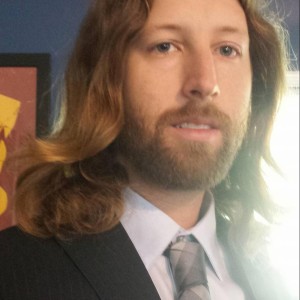 The Jank-E-cycle – Our First Ebike

“The gas bikes are cool, but its time to start janking the way into electric propulsion.” said Matt right before he bought a kit to build his first ebike.

True story: I was shopping in some obscure category on the internet late at night and came across this electric bicycle kit so I ordered it for the hell of it.  After wrecking the “Jankier cycle” (2nd gas bike we made) into a curb and basically totaling it we had acquired a replacement bike to swap the gas motor over to but then discovered how comfortable our couch was so it never happened.  When the random purchase box arrived it didn’t take long to bolt the new wheel on backwards and zip tie the other stuff onto the frame.

The main issue we had after we threw this unit together was that it didn’t come with a battery and controller needed a 48v DC power source.  I thought about 4 car batteries, 4 lawnmower batteries, and 4 motorcycle batteries, but the weight and size of those options were hilariously bad. Looking back we should have probably done the car batteries for lulz.

I saw some dude on the YouTube solder a bunch of old laptop batteries together for his abomination of a homemade Tesla Powerwall and I knew what must be done.  Found a guy on ebay selling dead laptop batteries in my area and bought like 70 of them.  I spent many intoxicated nights destroying battery packs to harvest the precious 18650 lithium ion cells that were living inside.

After ripping them apart, I had to charge all these hundreds of cells up to 4.2 volts and then drain them down with some maths or just let this machine do it.  I adjusted my lifestyle to resemble slavery of this battery testing machine, writing numbers on batteries and swapping them in an out of the tester every 4ish hours until I had several mountains of cells all over my kitchen counters and various other places.

Finally I soldered together 13 cells in series and charged them up to 54 volts using a computer power supply connected to a Chinese boost converter.  The bike moved! I had to swap 2 phases around on the motor since we installed the wheel backwards and instead of fixing it correctly, we just made another thing wrong to make the thing go the correct direction. It was slow as shit and lasted about 30 seconds.

Soldered another 13 cells onto the pack in parallel and the bike was still slow as shit, but noticeably faster. Probably 10ish mph opposed to the 4ish mph of the first battery.  Adding another 13 cells again (to 39)brought it into a somewhat practical range of usable adding another 5mph or so and greatly improving battery life even more.  Moving up to 52 and then 65 cells were still noticeable improvements but not as drastic as before, adding a few mph each but more noticeably adding drive time.  At 65 cells we were able to ride it several miles on a charge and achieved a top speed of 26 mph.

We finally stepped it up to 91 cells which barely fits into the battery bag and increased speed to 31 mph.  I have plenty more batteries to keep adding just to see how fast this bike can really go, just need to come up with a way to mount them to the bike. How fast do you think a 1KW motor can move a bicycle?